The image taken by Alberto Díaz “Korda” was taken in 1960 and reproduced millions of times. However, the photographer never charged a dollar for copyright and the negative is in the hands of the government of Havana 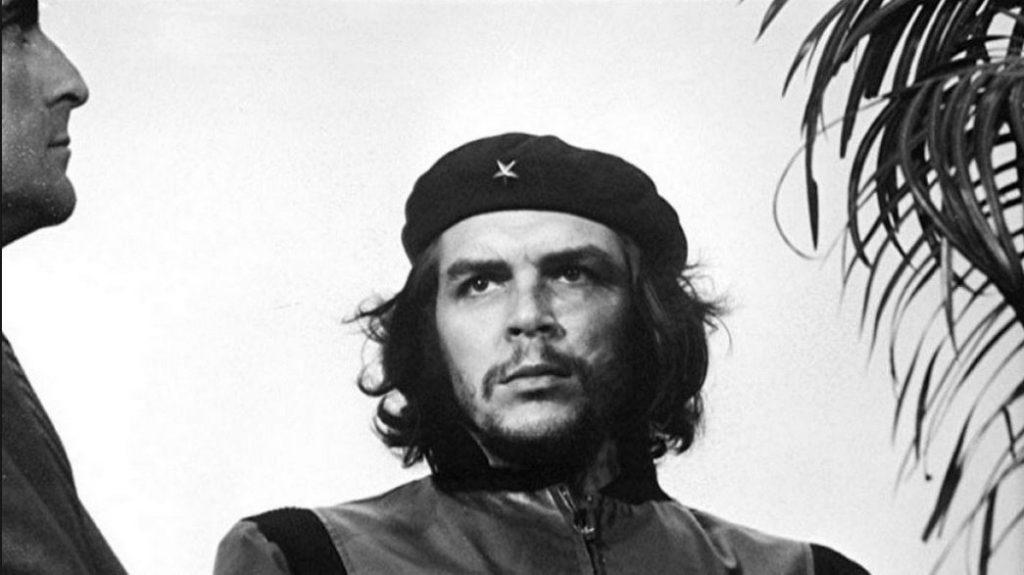 A Che Guevara who seems to look to infinity, with his beret with the communist star. An image printed millions of times both as a symbol of the revolution and the counterculture, as well as to advertise commercial goods such as alcoholic beverages and jeans.

Now one of the few originals of the most reproduced photography in the world, the portrait of the Argentinian-Cuban guerrilla Ernesto Che Guevara taken by the photographer Alberto Díaz “Korda” (1928-2001) has been auctioned in Vienna for 7,200 euros (9,600 dollars) .

The photographic gallery Westlicht auctioned that original titled “Guerrillero heroico” (1960) along with another well-known image of the revolutionary, taken in 1963 by the Swiss René Burri, and sold for 4,800 euros (6,450 dollars).
Korda achieved fame with the snapshot of a 31-year-old Che Guevara who immortalized on March 5, 1960, during the funeral of the victims of the explosion of a ship anchored in Havana.

The photo “was not conceived, but intuited,” Korda cuban photographer once said, who polished it in the laboratory to highlight the look, cutting the profile of a stranger from the left side of the horizontal shot and a tropical palm tree from the right.
The image auctioned in Vienna is the original from which the iconic image was extracted, whose negative is in the hands of the Cuban Government.

But the image was for years in the photographer’s studio, until the death of the Cuban revolutionary in 1967, when Korda gave it to the Italian editor Giangia como Feltrinelli to illustrate a book about the diaries of Che’s last months in Bolivia.

The editor used the image, cropped and rotated, to illustrate the edition of the newspaper, as well as the promotional posters that, immediately, turned him into a revolutionary icon that has been walked by demonstrations from all over the world. 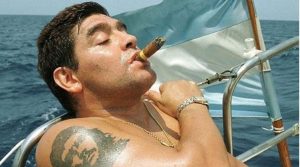 That snapshot of the revolutionary with long hair and ruffled under a military beret, lost look and serious gesture, is the most reproduced photograph in history.
Korda, who never claimed any rights for that image, went so far as to assure that if he had been given one cent for each copy reproduced, he would have been a millionaire.

But he did sue an advertising agency that used his image for a well-known brand of vodka, and the $ 50,000 he got in the lawsuit he donated to the Cuban health service.

“I support the ideals for which Che Guevara died, I am not opposed to those who want to propagate his memory and the cause of social justice in the world, but I am against the exploitation of his image for the promotion of his image. products like alcohol, “Korda said.

The image has been reproduced on all types of surfaces, including human skin in the form of a tattoo, perhaps the most famous of which is the one worn on the right arm by the former Argentinian ball star Diego Armando Maradona.
“I think Korda only made twenty or twenty-five copies, that’s why it’s such a strange piece and we’re happy to have it in our auction,” said Westlicht director Peter Coeln.

In the other photo auctioned, René Burri immortalized Che Guevara during an interview smoking a cigar, without looking at the objective and with his eyebrows somewhat raised, also turned into a symbol of the revolutionary
“That photograph is so important not only because it is one of the most beautiful images of Che Guevara but also because it is an original development, which is very rare, we do not know how many first revealed,” said Coeln on that image.

Burri declared that in that snapshot all the characteristics of the revolutionary could be appreciated: “The charm, the capacity for persuasion and anger, but he did not look at the camera once.”

The director of the gallery did not want to disclose data on how he managed to obtain the images for the bid or who had been the original owners.

Coeln did tell a funny anecdote of both photographers, that Burri once confided to him.

“Korda sent him in the 80s a very kind letter to Burri in which he included his photograph of Che as a gift, explaining that it was Che’s most famous photo that had ever been made,” he says.

Burri replied as follows: “Dear Alberto, it is a great honor to receive that photograph you made of Che, but now I send you the best photo of Che Guevara that has ever been made.” Attached his. 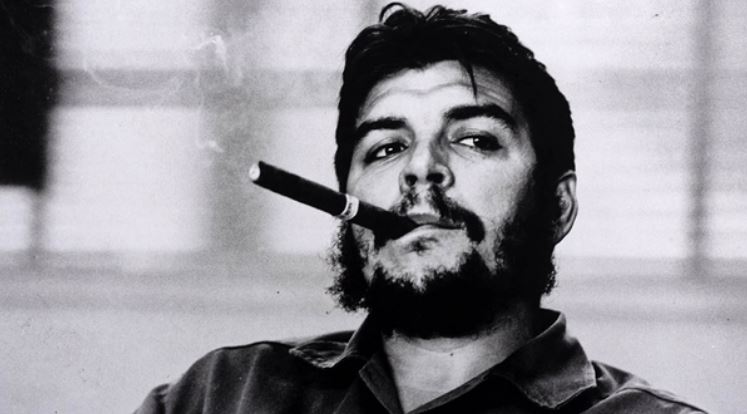